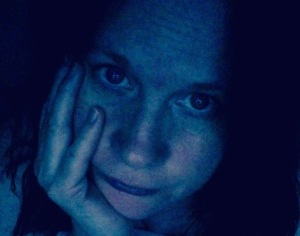 If you have followed everything that has happened the last weeks, you would have seen that Russia has gotten openly involved in Syria. The spiders in the back ground has entered the stage, and we will now see a little clearer what it is going on behind the curtains.

From a uprising (March 2011) that turned violent and deadly, to Civil War and in March 2015, 200 000 people are dead, and up to 4 millions drifting out of the country as refugees (http://www.bbc.com/news/world-middle-east-26116868). With a Civil war going on it was easy to infuse it with religious extremists; many different ones and seriously, I thought it could not be so many religious nuts gathered in one place, use of illegal weapons, the neighbor countries that want to get its piece, and the rest of the world trying to force the country to get peace, and on the same time play an international game.

Let me say, the world has seen its part of shit, but seriously, this is a hell on earth. Not our nice Hell in Mid-Norway, and has a famous Blues festival, but the real hell the Bible talks about. I do understand where all the cruelty and gruesomeness in the Bible come from.

I have a long time ago turned away from all religious belief, and I try to turn more toward the belief in the goodness and love of the people. So nut cracks, the men with no balls, the greedy, the people full of hate, and all the others that are involved in the power play in the area, has no place in my world.

The new development, with Russia openly take a part, it is very worrisome. And W. Churchill had a broadcast in October 1939 which could shed some light on the subject. And show that the history just repeats itself all the time, over and over again.

“I cannot forecast to you the action of Russia. It is a riddle wrapped in a mystery inside an enigma; but perhaps there is a key. That key is Russian national interest.”

This was the start of the speech, and one can use this to speculate what is going on.

Why would Russia use precious money, war materials and time and people to involve itself openly in this war?

My worry is that the whole involvement, again, is a diversion, and among others to help Iran to get what they want and destabilize the agreement the Iranians has with US. I am not sure what the Russians want most, but I bet an answer could be found in what the Russians hate most. Or what they think is rightfully theirs and will take back.

And looking further, the energy crises must have have stopped a lot of the plans that Putin had. But he wants the Northern Areas, and he want access to ice free harbors, and a short distance to Europe and beyond. He has the deal with China, but it is not getting him access to the West that he wants…But for sure he wants to back a guy, another guy with no balls and fluff in his brain, that used his military forces on civilians.

Maybe I should make a new game and call it “How to use nut cracks, druggies, hate, greed, gruesomeness, money and media to get what I want”? It could be based on Monopoly, but instead of going to prison one gets beheaded, instead of get a free card, one need to take some cheap heroin (that creates a huge huge problem on the streets today, would you think that heroin could be cheaper than ecstasy) so one can trick the player to believe he has easy access to “Pilestredet” by bombing it with chemical weapons, and I could go on and on. I think for short I would call it “Greedy bastards”.

It all comes down to money, greed, hate and grand illusions. People are just players in a big game with no hope, it seems, to redirect the directions. I do hope karma has its way…